The last studio album The Moment (2005) was a successful chapter in a career filled with achievements: top 10 hits like All Around The World, Change, All Woman, Treat Me Like A Woman, If I Hadnt Got You and Someday made Lisa one of the greatest voices of sophisticated pop music. Lisa has collected Grammy nominations, many Brit Awards, an Ivor Novello and Silver Clef Award. Her performance of I Want To Break Free with Queen at the Freddie Mercury Tribute is one of the iconic moments of pop history. After a long absence from the world of recorded music she is now returning in grand style. Seven is an album of soulful, groovy songs like the first single Cant Dance and warm pop ballads that highlight Lisa Stansfield's unique voice and will leave everybody wondering why she has waited eight years before recording it... Seven is Lisa Stansfields 7th studio album, produced and written together with her husband and long-time song writing partner Ian Devaney (whose credits include The Bodyguard and Indecent Proposal soundtracks). Recorded in Los Angeles and Manchester, it features the collaboration of John "JR" Robinson, known as the most recorded drummer in history and Grammy Award winning orchestrator Jerry Hey, both integral to the creation of Michael Jacksons Off The Wall, Thriller and Bad. 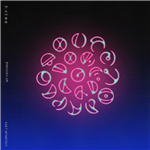 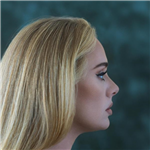