The Taste of America, our new English Box podcast's chapter that J Balvin, the King of hot—dogs, will love

Hot dogs, one of the most popular fast food in the USA / Chip Somodevilla/Getty Images

Halloween is almost here (just around the corner). One of the most popular anglo-saxon traditions will flood our houses, supermarkets, schools and many more places next 1st November. But before you go out with your kids to collect some candies saying Trick or treat, this week we are going to have a look at 'The Taste of America' in this podcast.

This is the name of the 's name of this week's episode in our English Box podcast with Mónica Ordóñez, the best place where, every two weeks, you can enjoy and learn a little bit of english with us in LOS40.

Now listen to this words. Probably you know the meaning of all of them. Listen and think: What do they have in common? Hot dogs, supermarkets, skyscrapers and denims. Hot dogs (perritos calientes, J Balvin's favourite food) and supermarkets (supermercados), we know what they are, right?

Skyscraper is a very very tall building in the cities. We call them 'rascacielos' in Spanish. But, what about the denim? Denim is a thick cotton cloth, usually blue, which is used to make clothes. Jeans are made from demin, for example.

They can be found all over the world but it hasn't always been like this. All of them were born in the United States of America. A country that, at the beginning, had always been an importer of influences but in the 20th century it became a mayor exporter of them. Import (importar) vs export (exportar).

If you want to know more about the culture and influence that the USA exports to the world, listen to the new episode of English Box podcast 'The Taste of America'. Vocabulary, pronunciation, grammar... You can listen to it here and don't forget to subscribe! 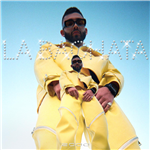 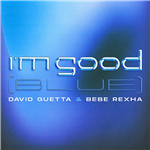 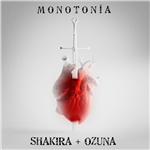